I am profoundly sensitive to the qualities in light. In southern California, the light seems to hold a brilliance and a warmth that reminds me of Greece. My latest series of photographs, titled Liquid Abstracts, reflects this stunning luminosity.
When I'm photographing Liquid Abstracts, I often shoot for seven consecutive days, starting at sunrise and finishing after sunset, taking the time only to download and edit the images, to eat and then sleep. This regimen of traversing through sand, over rocks and in the cold Pacific surf expends enormous amounts of energy and physically takes its toll - battering and bruising my legs and feet. To counterbalance the exhaustion, I then work in the solitude of my studio, sifting through the thousands of images to find the few that perfectly display the detail and colors I experienced at the Tideline.


The Long Road Leading to Liquid Abstraction
I began my career as a painter. Channeling the times, I was influenced first by Abstract Expressionism, then Color Field painting, and finally by Minimalism. My canvases grew to be 10 x 15 feet, and then became shaped instead of rectangular. But when I began to feel constrained by the four walls of my studio, I decided to travel abroad in the greater world.

While living in Athens, I was lured into photojournalism by the turmoil of the Greek junta taking place, and I began a career as a photojournalist. After being smuggled across borders at night and having a chopper shot out from under me, I have now returned to the abstract surface of the painter. I'm painting with my camera.

When I'm photographing at the Tideline, I become part of the ocean's continuous rhythm, the heartbeat of Mother Earth. I'm able to place myself at the margin of two colliding worlds, one fluid - the ocean, and the other dense - the sand. With a foot in each world, I wait for that magical stillness when the incoming and out-going tides are in brief equilibrium. I then photograph the water carving sand, the sand shaping water.
The Tideline always brings me a surprise, and then I'm capturing the birth of beautifully complex, miniature worlds that exist for only micro-seconds before they disappear. I'm a photojournalist painting Liquid Abstracts.
For a more detailed description of my Liquid Abstracts evolution, please go to: http://www.zone913.com/blog/liquid-abstracts/ 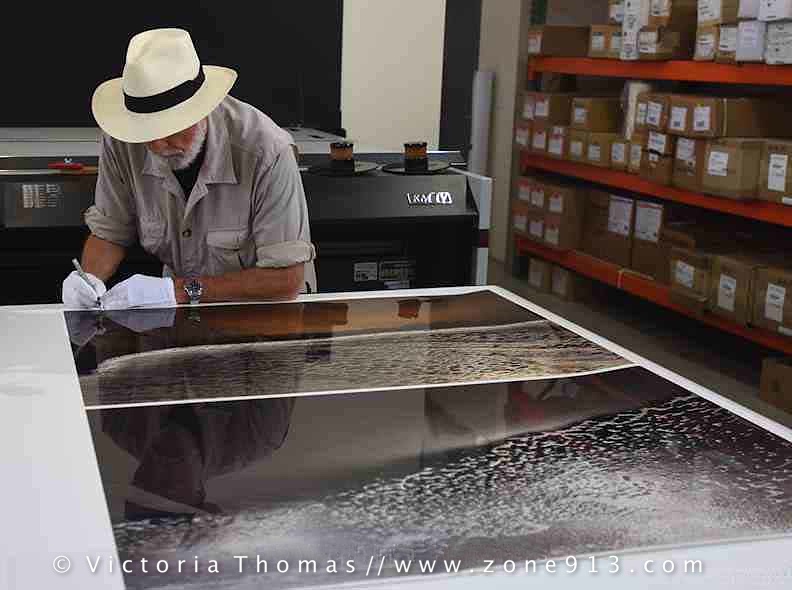